The Lemon Shark is named for the pale yellow to brownish coloration. Although there are documented cases of Lemon Shark attacks on humans, they are not a particularly aggressive sharks. Its habitat is coastal and lagoons putting it well within range of boaters. 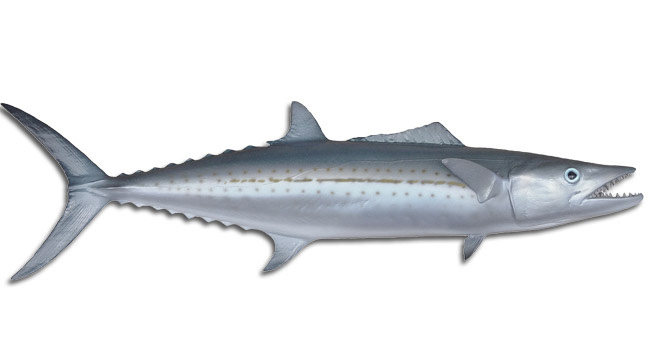 The Cero Mackerel (Scomberomorus regalis) is similar in appearance and coloration to the Atlantic Spanish mackerel, except that the Cero has a longitudinal stripe in addition to the spots of the Spanish. The Cero reaches larger sizes than the Spanish, often 10 lb or more, but those over 30 lb are very rare.

The first dorsal fin is black anteriorly, the lateral line descends slowly from the shoulder without the sharp break seen on the king mackerel, Scomberomorus cavalla. In Florida, it is rare north of Palm Beach, common throughout the Florida Keys, as it is throughout the West Indies. Fishing methods and prey are similar to those of the Spanish mackerel.